fw: 16-21mm (Waring & Townsend), ws:32-42mm (MBGBI9); bivoltine May-Jun, Aug-Oct; various herbaceous plants (feeding on the roots and lower shoots - and may be a pest of root crops); common throughout GB. 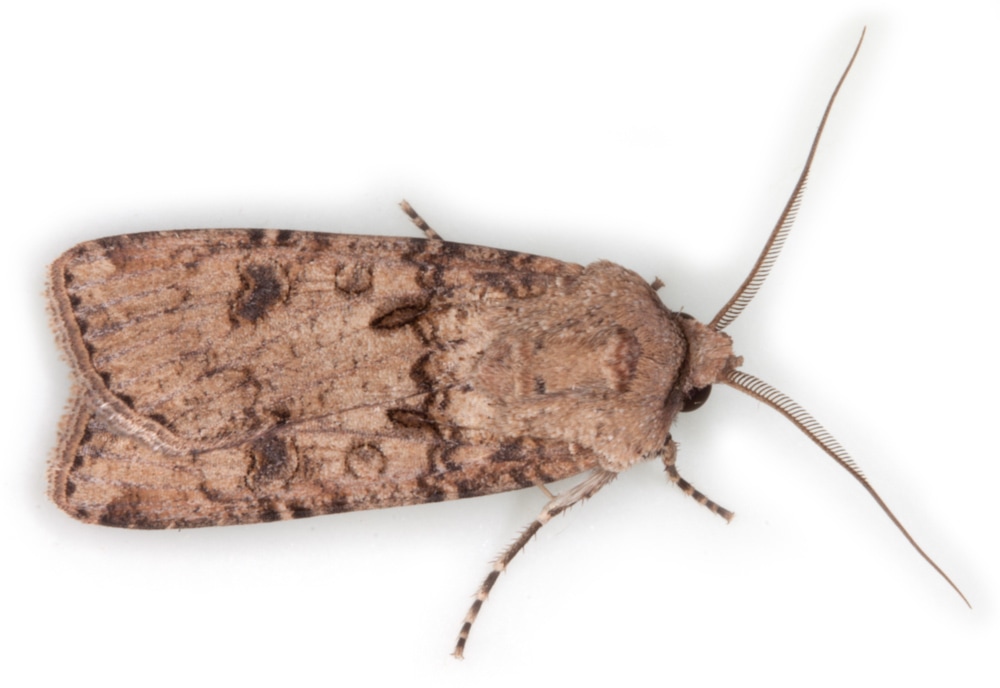 Agrotis segetum (Turnip Moth) §2 male
ID: Ground colour ranges from pale sandy-brown to blackish; oval, kidney and dart marks prominent. Similar to A.exclamationis (Heart & Dart) and A.clavis (Heart & Club) which have an equally variable range of ground colour. A.exclamationis can usually be distinguished by its prominent black collar (patagia) and in the male by the antennae lacking pectinations visible to the naked eye - males of A.segetum and A.clavis having antennae which are visibly pectinate in the basal half, and both sexes usually having a much less well-marked collar. The dart mark of A.segetum is usually dark outlined, while that of A.exclamationis and A.clavis is solidly dark. The forewing of A.clavis generally has a smaller length:breadth ratio than that of A.segetum or A.exclamationis, giving it a less elongate appearance; its dark mark is usually shorter and blunter; and its forewing is often clouded or flecked with brown - the forewing generally being plain in A.exclamationis.
Genital differences between A.segetum/clavis/exclamationis are covered by the Difficult Species Guide
See A.segetum/clavis/exclamationis for a direct comparison of these three species​
Male genitalia: The 3 species are separated on features of the harpe. This is nearly straight in A.exclamationis; long and smoothly curved in A.clavis; stout and tightly curved, hook-like in A.segetum
Female genitalia: In A.segetum S8 has large rounded processes on either side of the ostium, which is not cupped, and the corpus bursae has a single linear signum. In A.clavis and A.exclamationis the rounded processes are absent, the ostium is cupped and there are no signa in the corpus bursae. These two differ in features of the appendix bursae which is shorter in A.clavis.
<
> 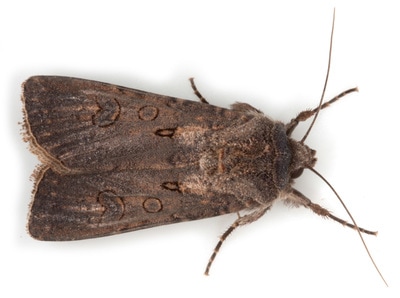 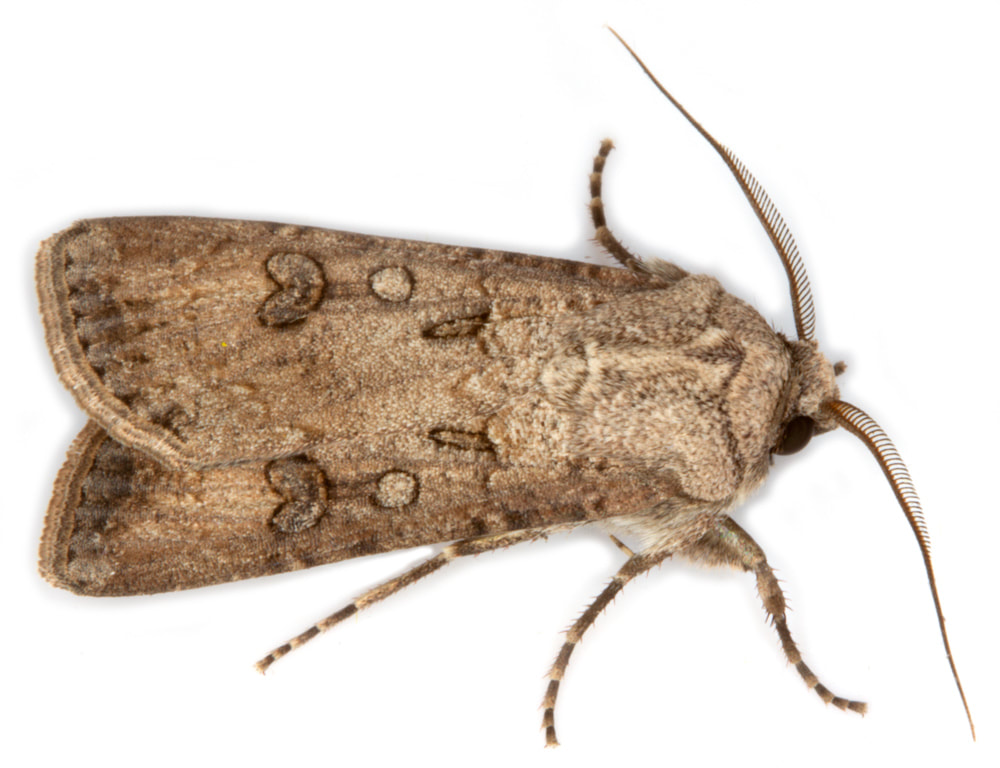 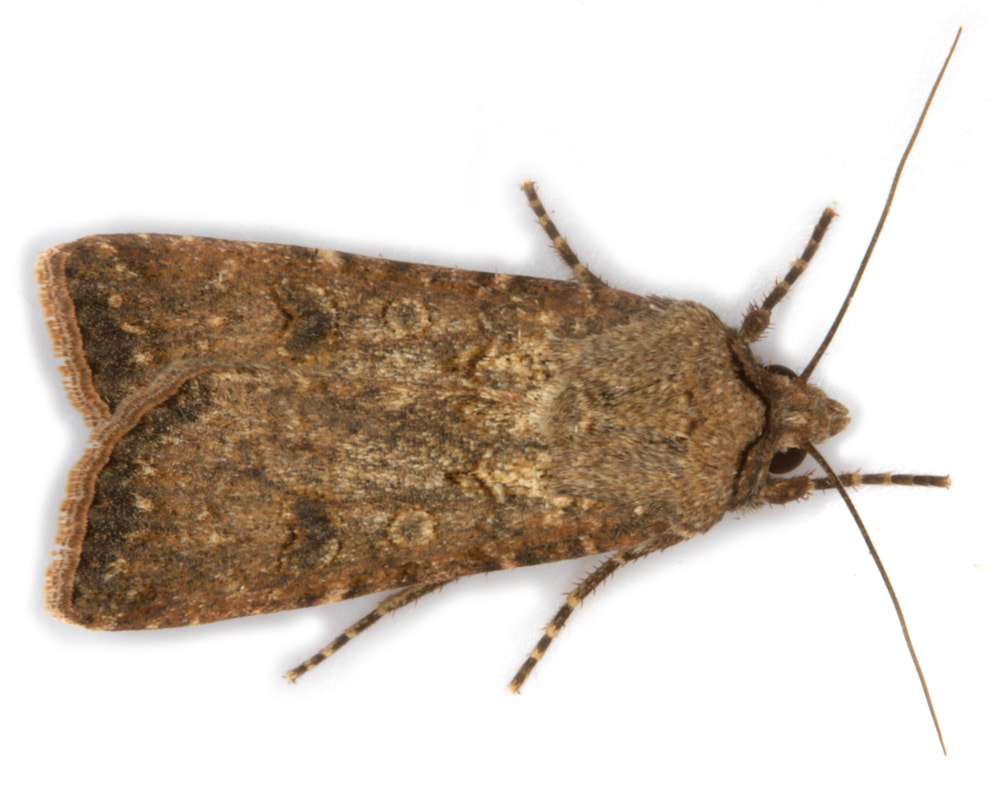 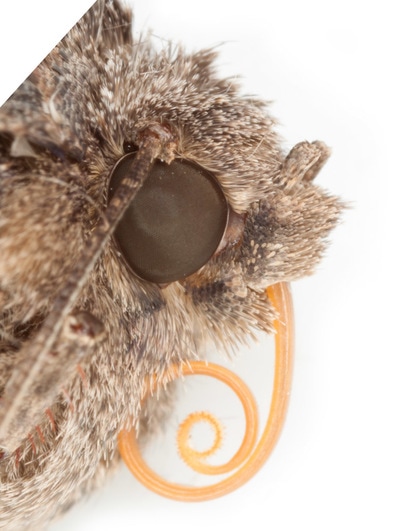 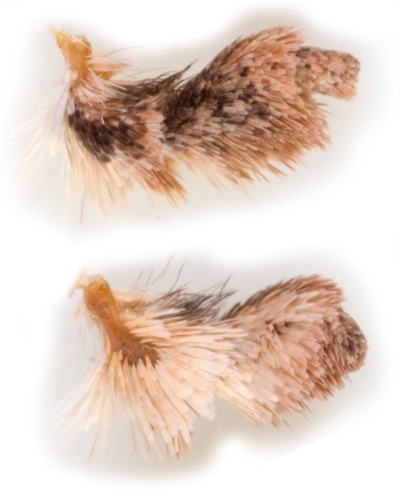 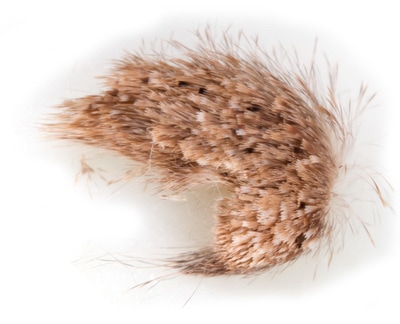 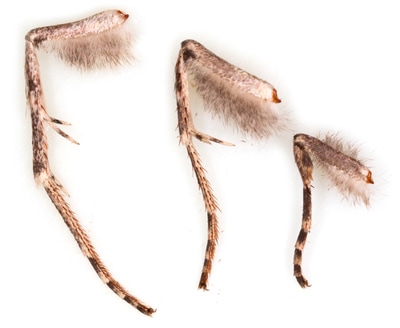 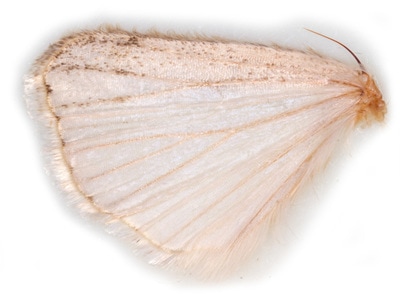 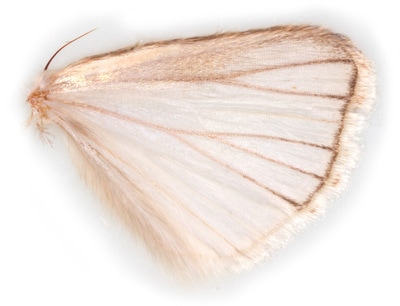 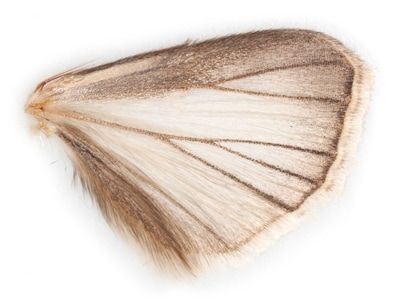 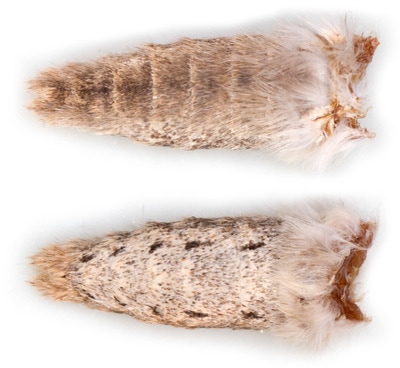 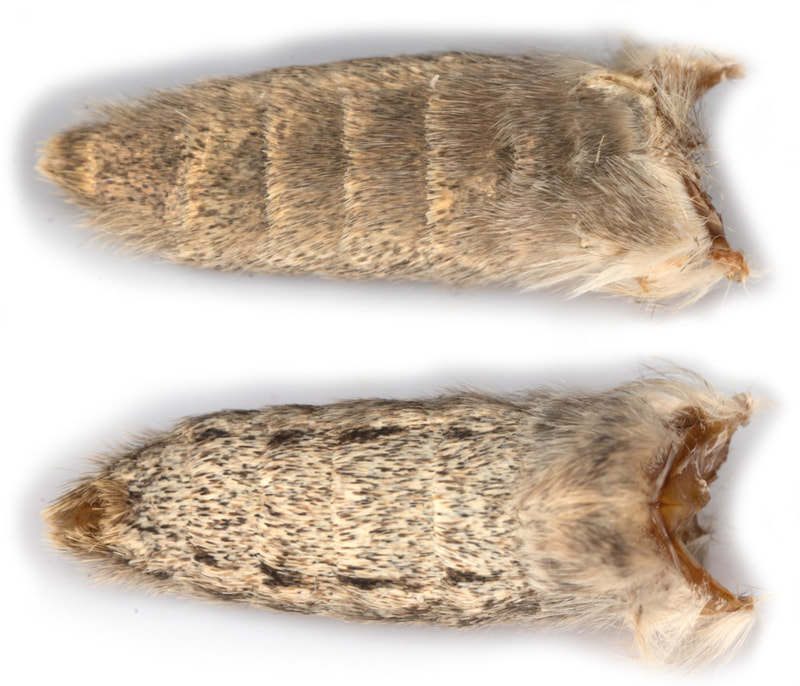 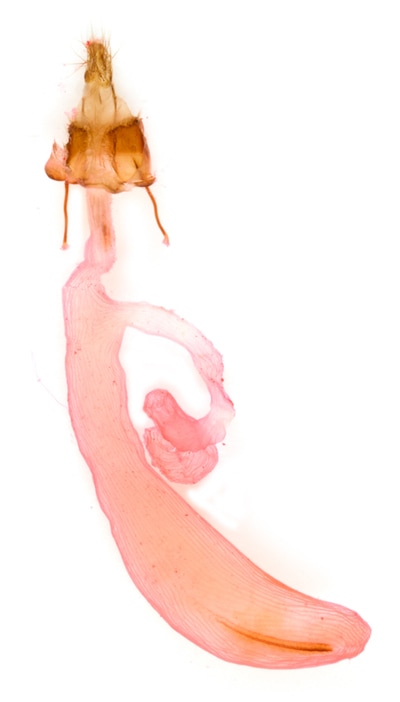 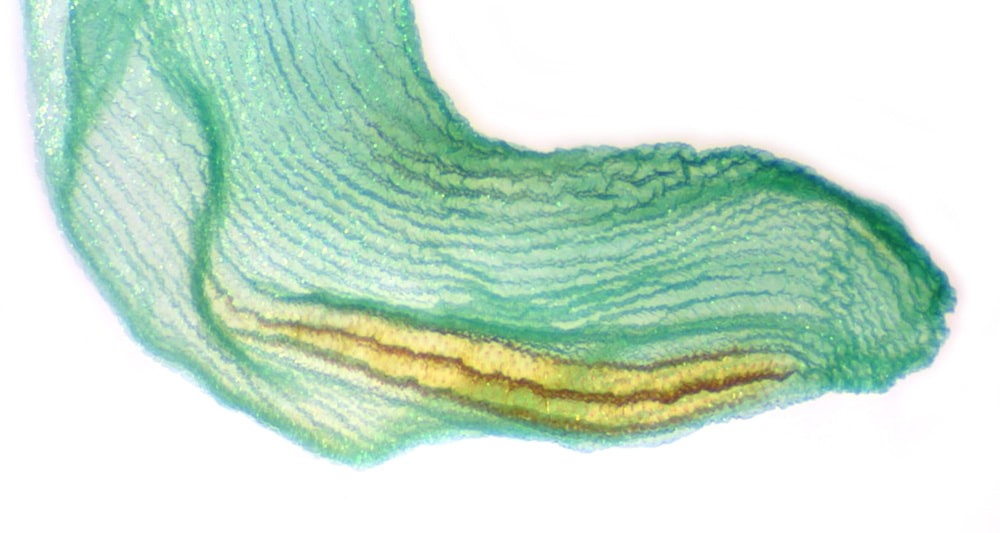 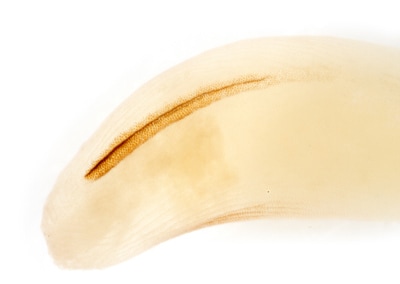