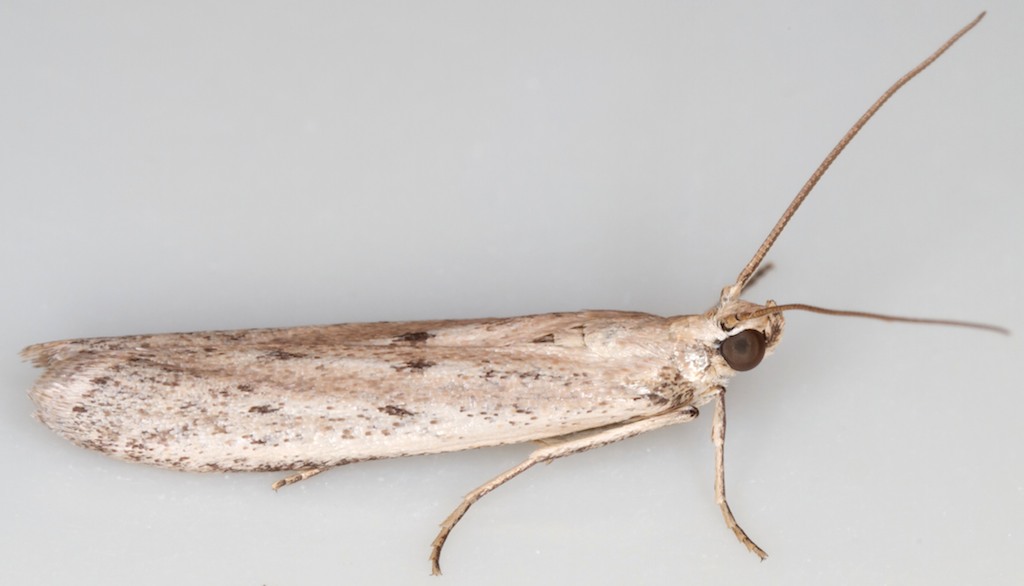 Homoeosoma nebulella §1 male
ID: H.nebulella, H nimbella and the three Phycitodes species all have a very similar forewing pattern. See Homoeosoma & Phycitodes for details on separating them. H.nebulella is similarly sized to P.binaevella, the other three species being smaller (though there is some overlap). P.binaevella has bold black forewing spots, much fainter in H.nebulella. The central spot (at the junction of brown and white colouration) in the proximal row of three forewing spots is much more proximally placed and parallel with the most costal spot in P.binaevella; more distally placed and parallel with the most dorsal spot in H.nebulella (note that the most costal spot is obsolete in §1). H.nebulella has a more prominent dark costal shadow especially in the distal half of the forewing than is shown by any of the other species, but this is a relative rather than absolute distinction. Examination of the genitalia will readily determine the genus - the only confusion species is then H.nimbella which has almost identical genitalia to H.nebulella. These two may be separated on the following features, H.nebulella given first:
In the female genitalia Sterling & Parsons give the ratio of the lengths of the anterior:posterior apophyses for H.nimbella as ~ 1:3. The image labelled as H.nimbella at Dissection Group shows a ratio of 1:2. 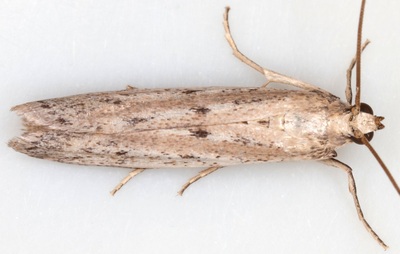 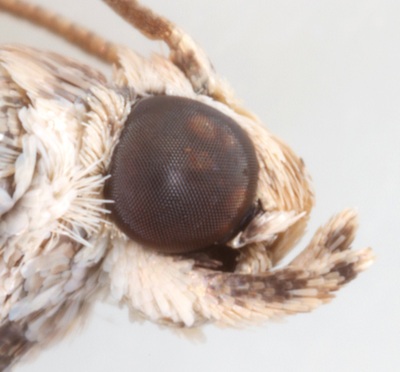 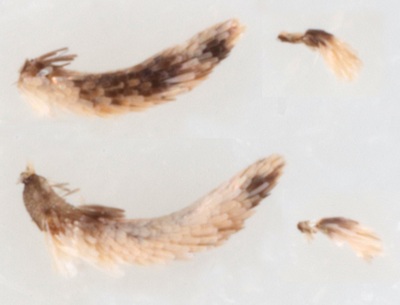 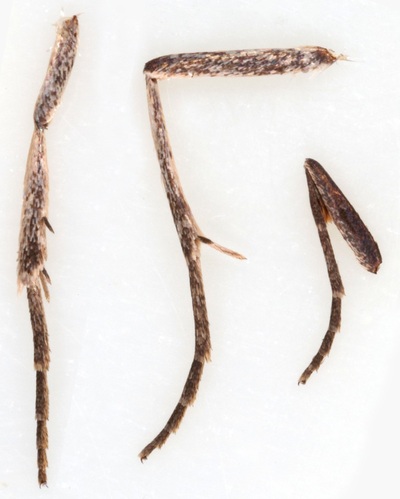 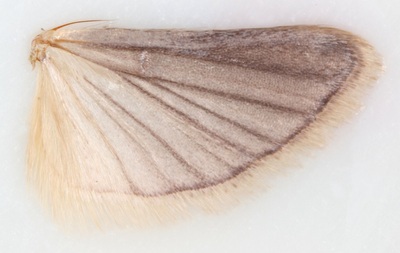 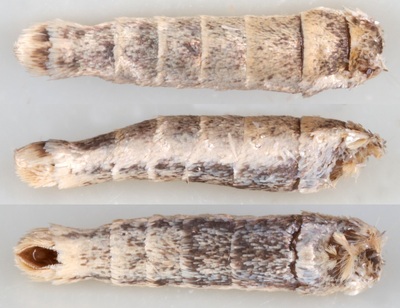 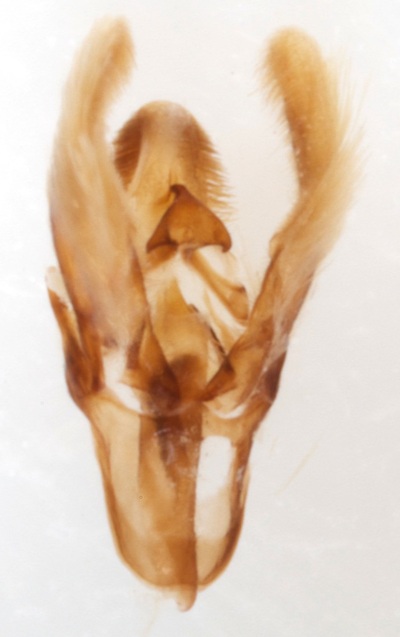 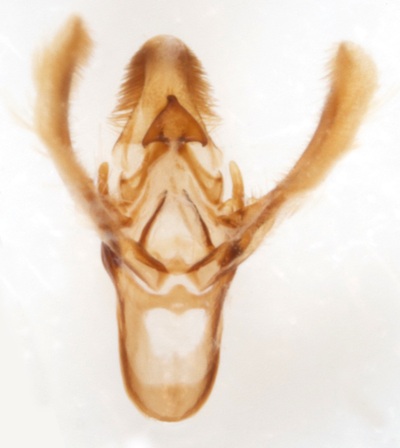 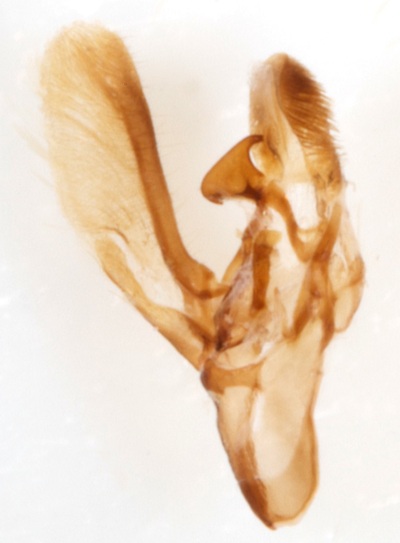 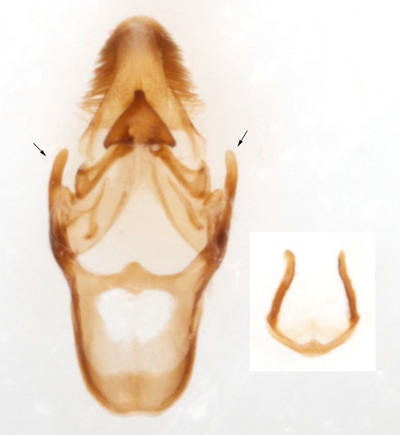