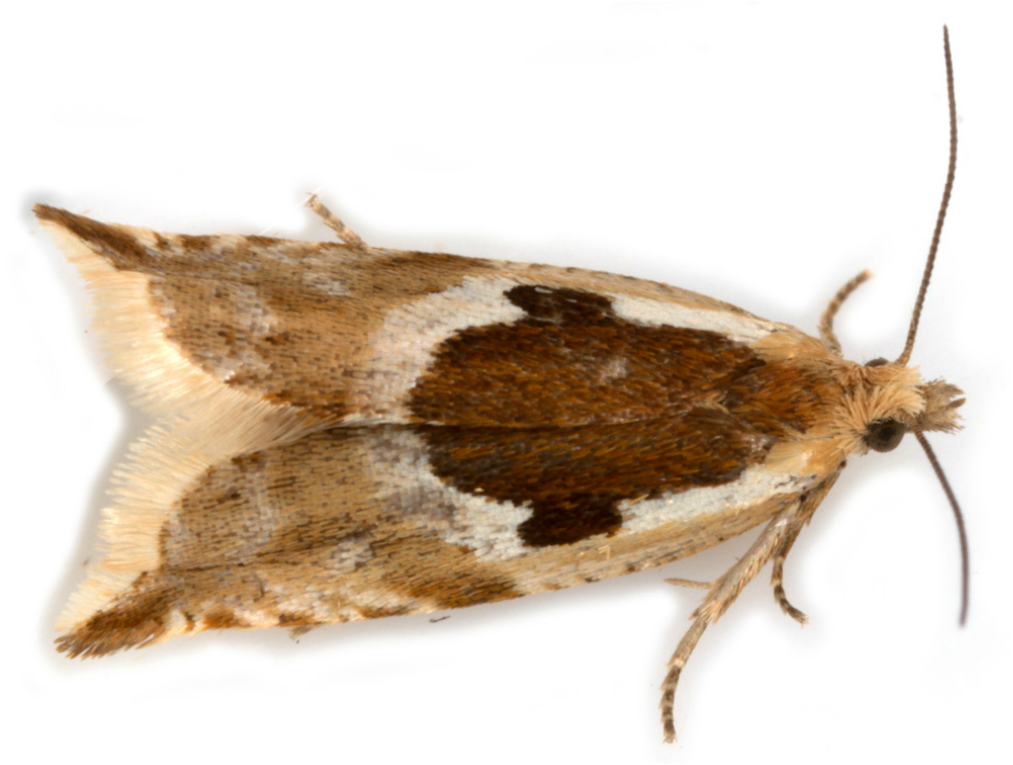 Ancylis myrtillana §3 female
ID: Varies in: extent of suffusion of pale grey ground colour with ochreous or pale brown; dorsal patch ranges from light brown to dark brown; pre-tornal marking is variably developed and may be quite diffuse. Characterised by the almost triangular basal patch which shows an emargination on both the costal and distal borders near its apex. In other Ancylis species with a similar large dorsal patch, its costal border does not show any emargination.
Male genitalia: Distinct from other Ancylis species in having the uncus slightly produced into two points (possibly an intermediate between the Anchylopera and Ancylis subgenera) and in having a very large emargination extending to over half-way along the sacculus/valva complex.
Female genitalia: Pierce and Metcalfe state "ostium wide with a large lip" but do not provide a clear means of distinguishing this species from examination of the female genitalia. Not shown at dissection group and I have insufficient comparative material to comment.
<
> 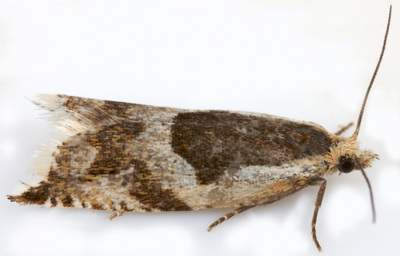 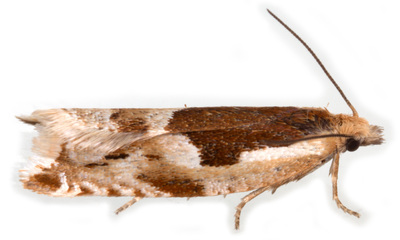 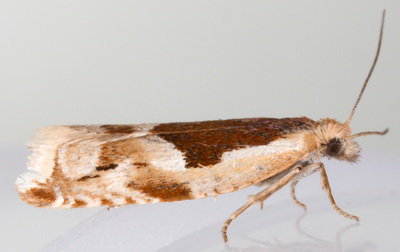 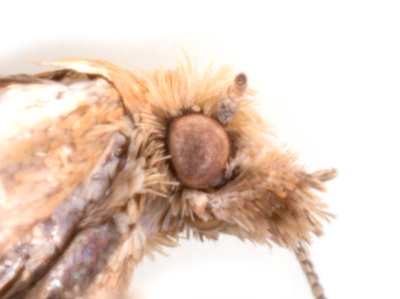 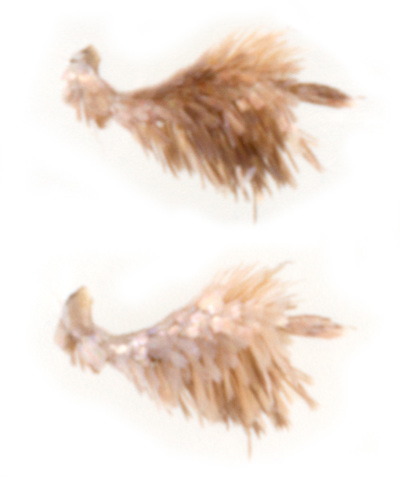 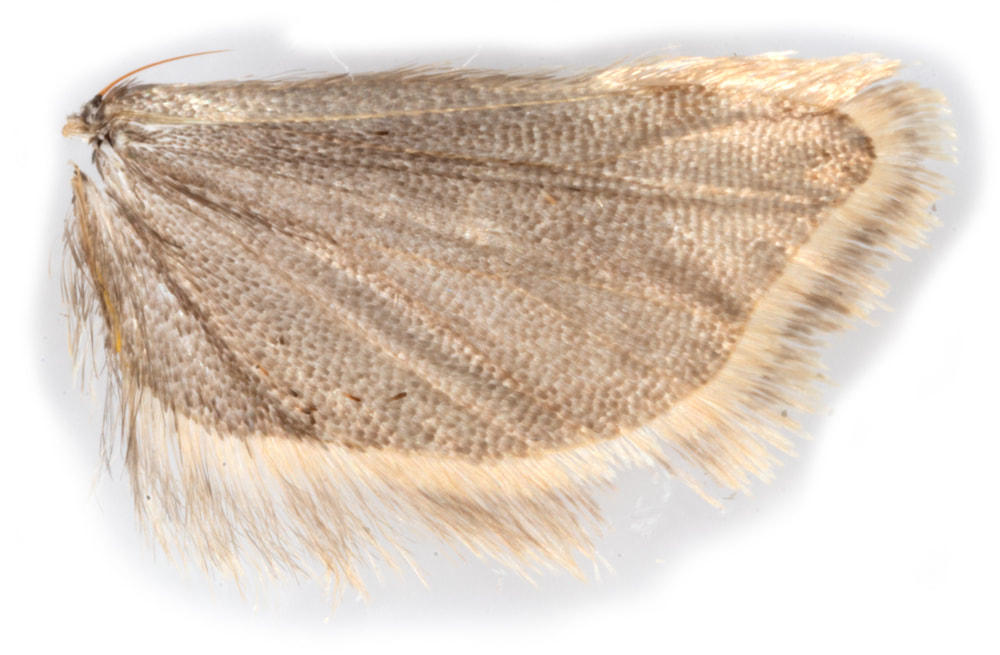 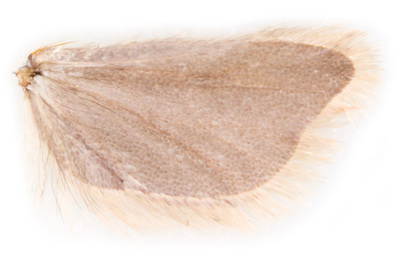 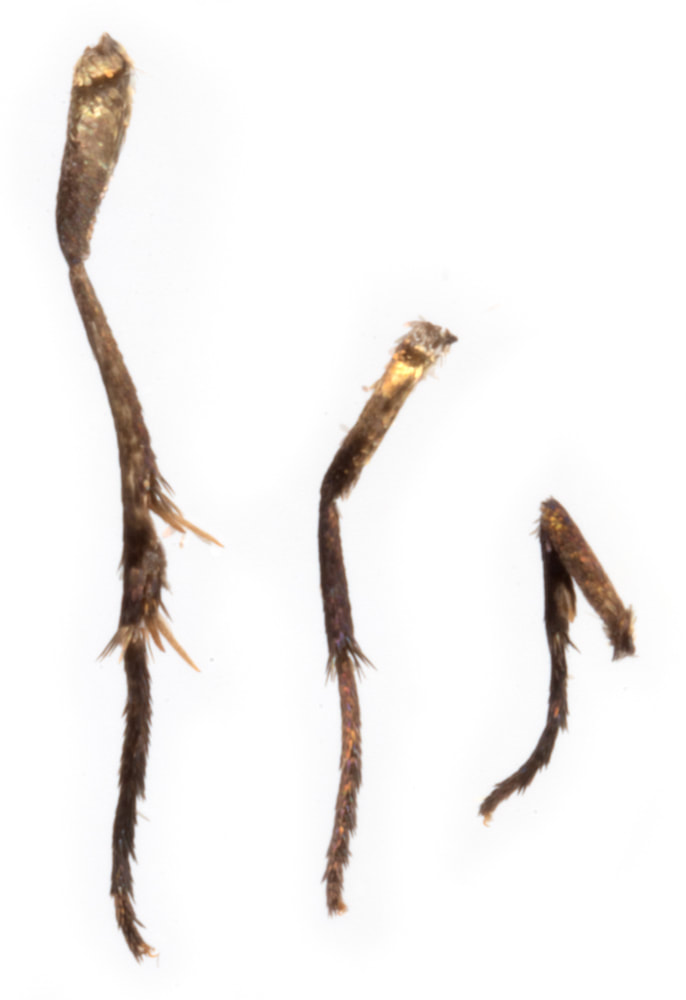 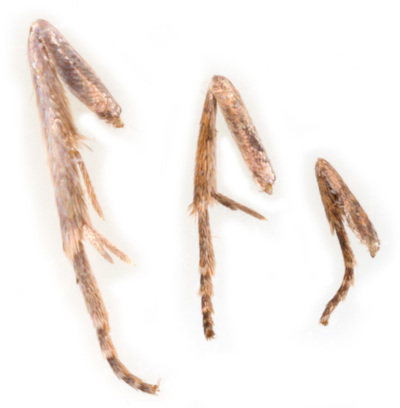 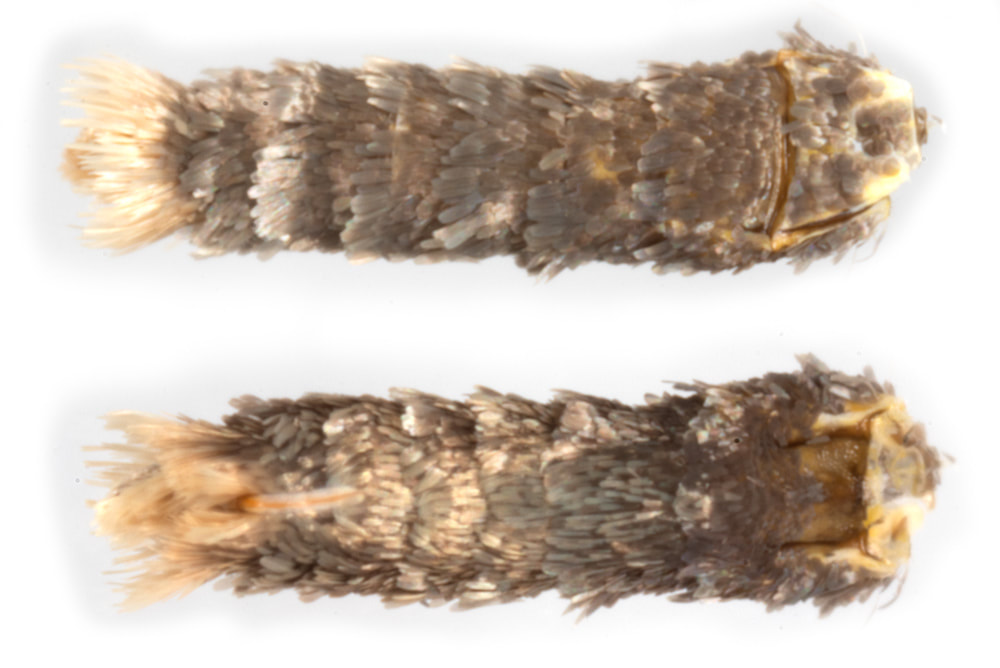 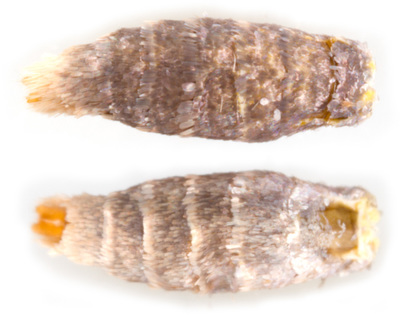 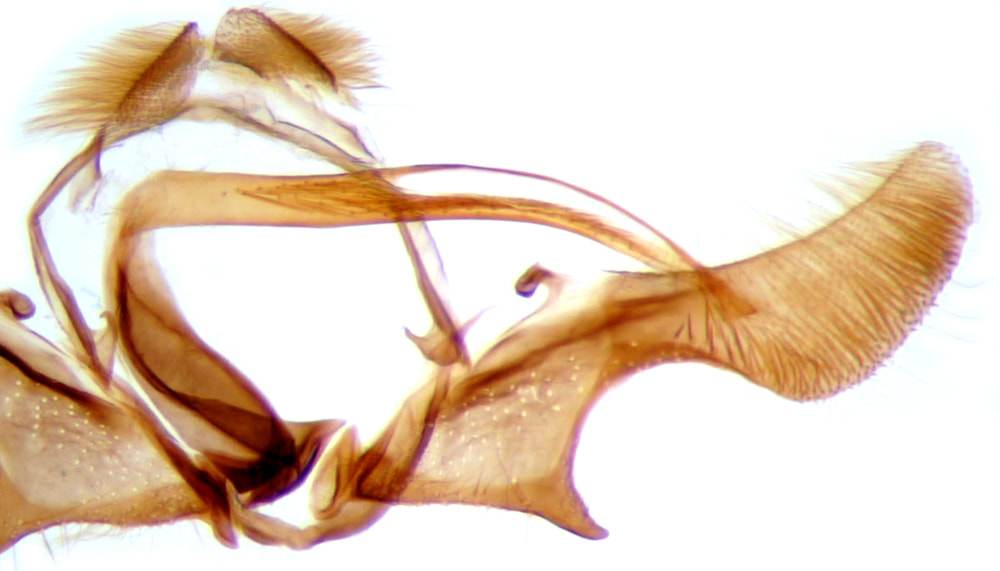 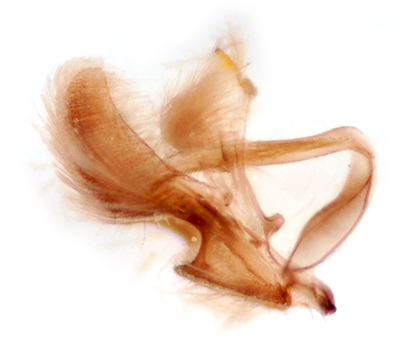 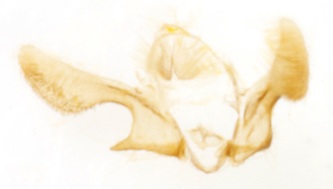 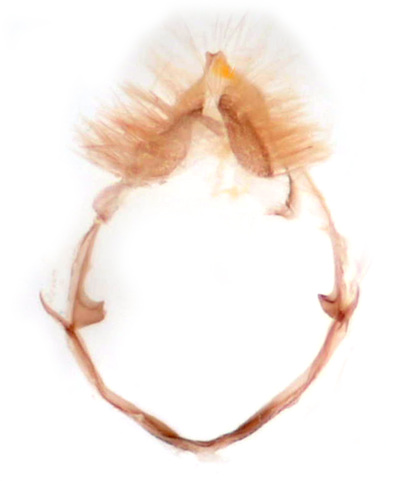 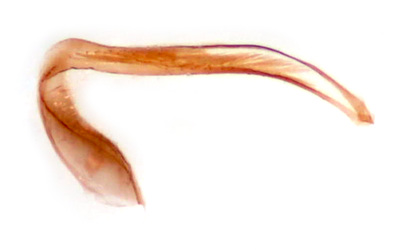 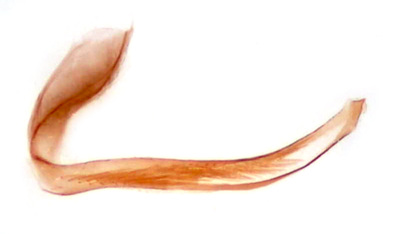 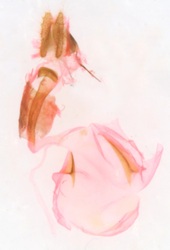 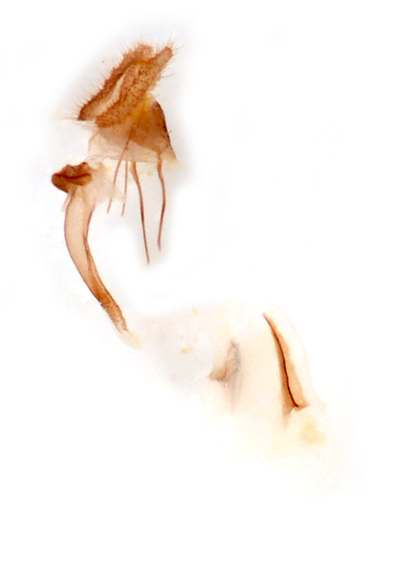