Incurvaria praelatella §1 male
ID: several species of Incurvaria and Lampronia (Prodoxidae) have ws 9-16mm and pale forewing markings. These pale markings are somewhat variable within each species. The key in MBGBI1 distinguishes I.praelatella by its ferruginous head, complete pale basal fascia and small basal dot. Specimen §1 would not be identifiable from this key as the basal fascia is represented here by discrete dorsal and costal spots. It is however, the only species to combine a white basal dot and white terminal cilia. The only similar species which regularly shows 2 costal spots opposite 2 dorsal spots is L.luzella which has a fuscous head and lacks the basal dot.
Male genitalia: All 4 Incurvaria species are shown at dissection group. Lampronia species are available for comparison at the Swedish museum of natural history website: http://www2.nrm.se/en/svenska_fjarilar/l/lampronia_genitalia.html. I.praelatella is distinct in having a long curved spine at the apex of the aedeagus. No other similar species shows any such projection. 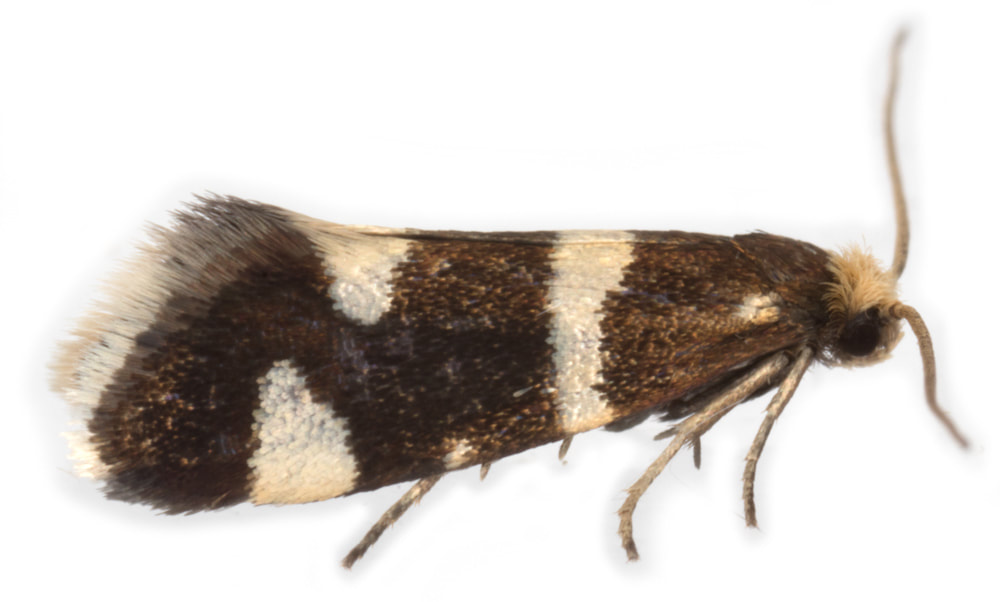 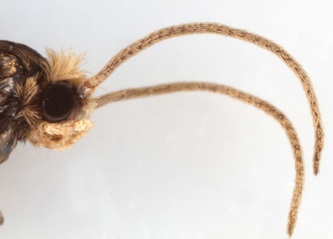 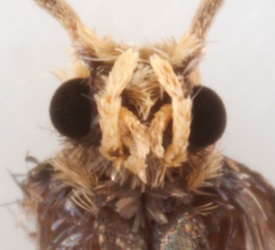 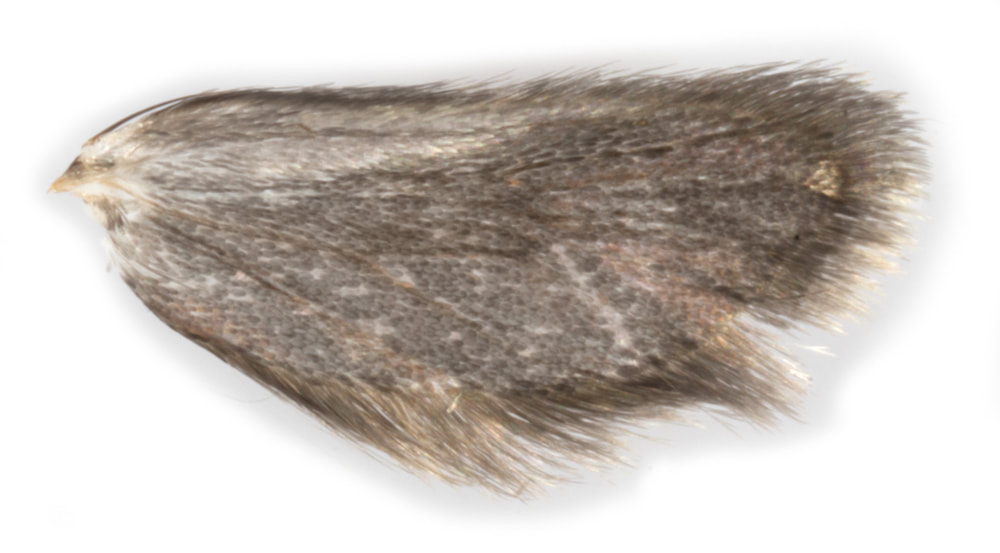 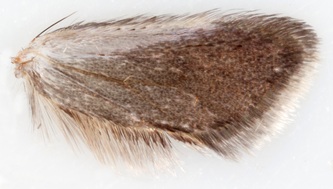 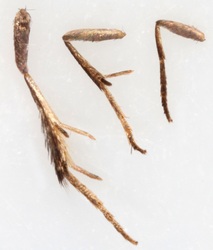 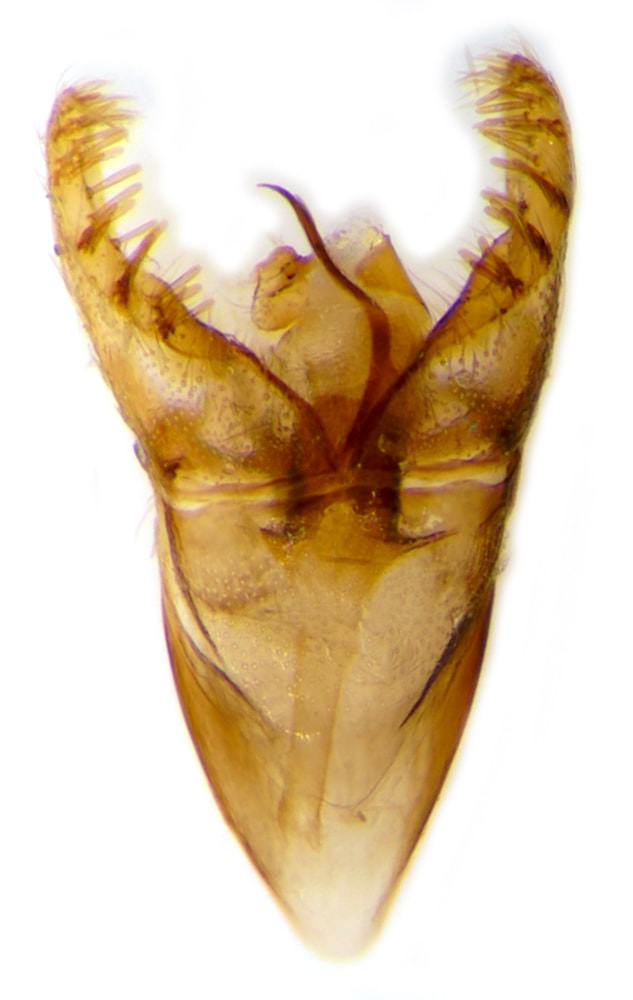 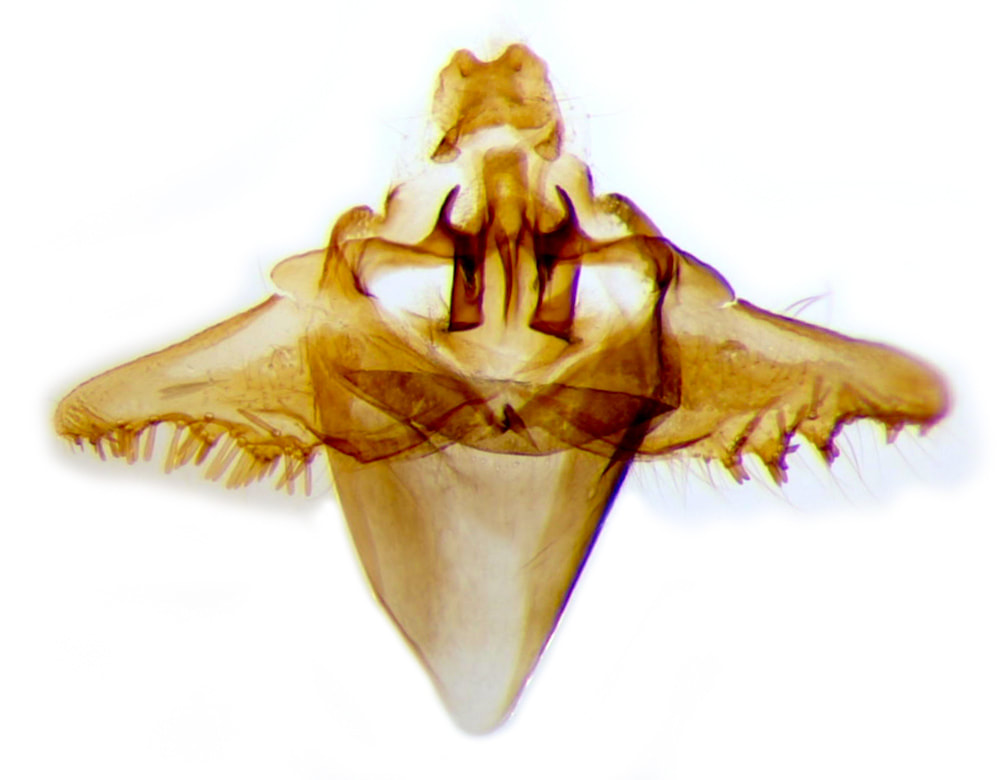 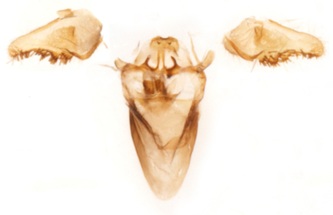 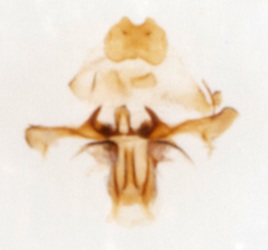 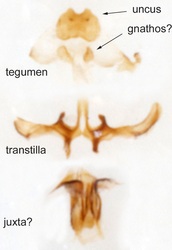