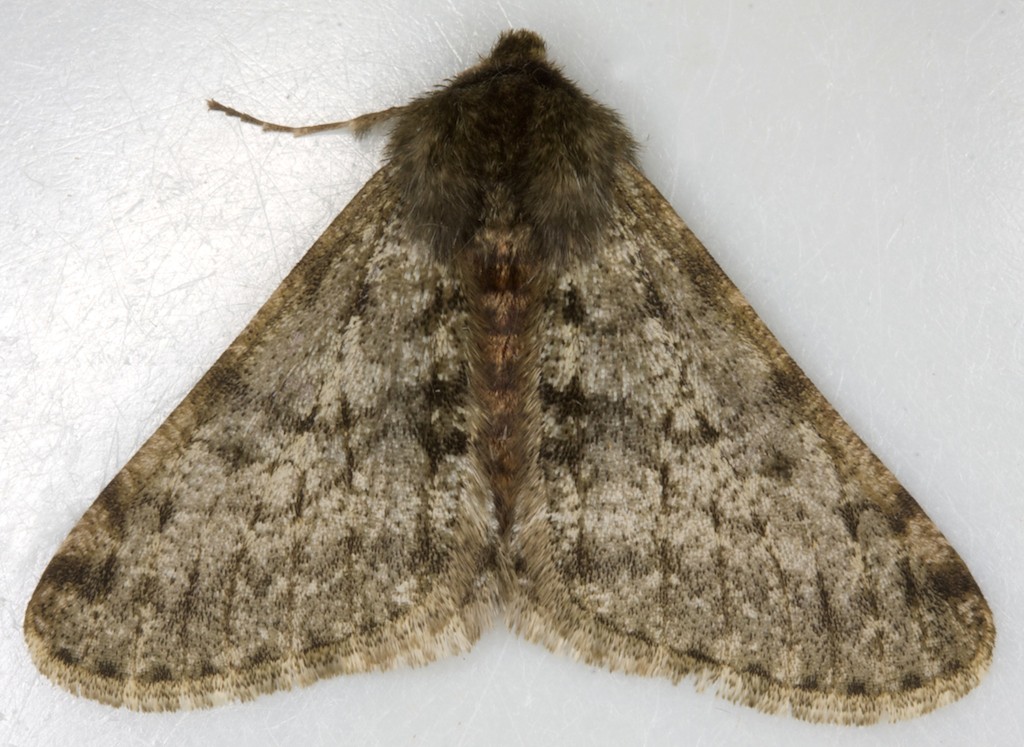 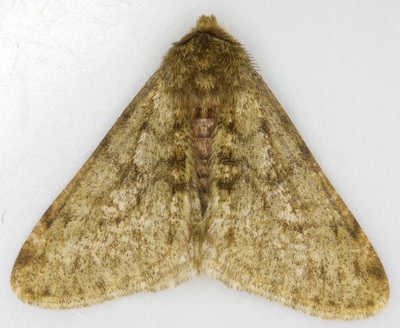 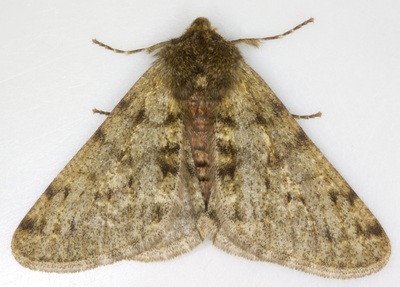 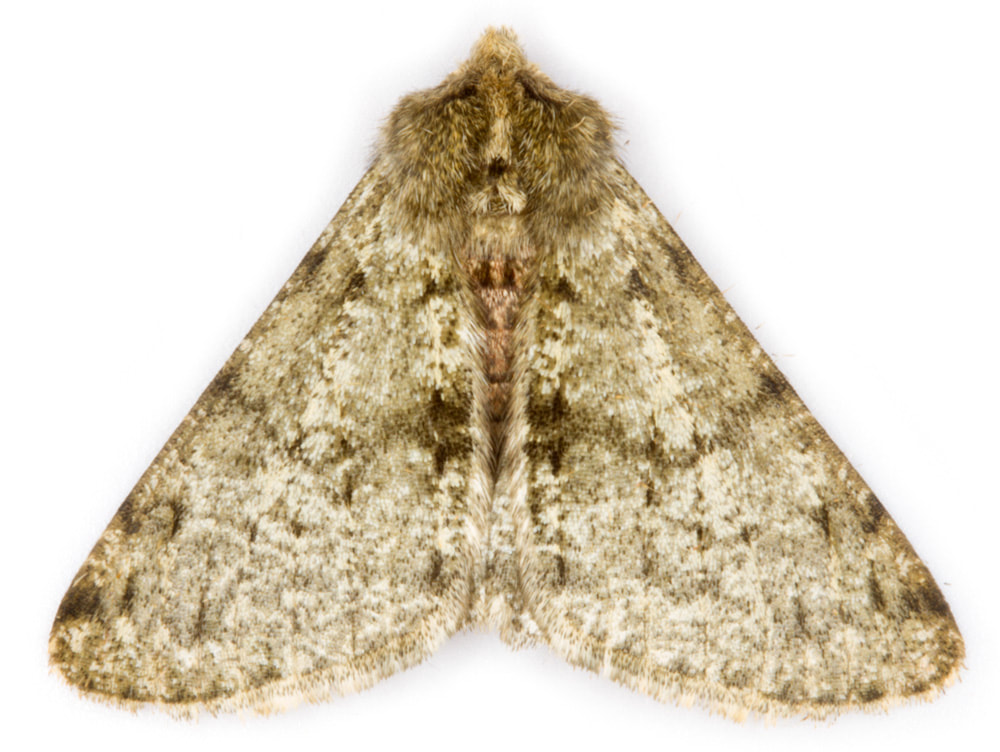 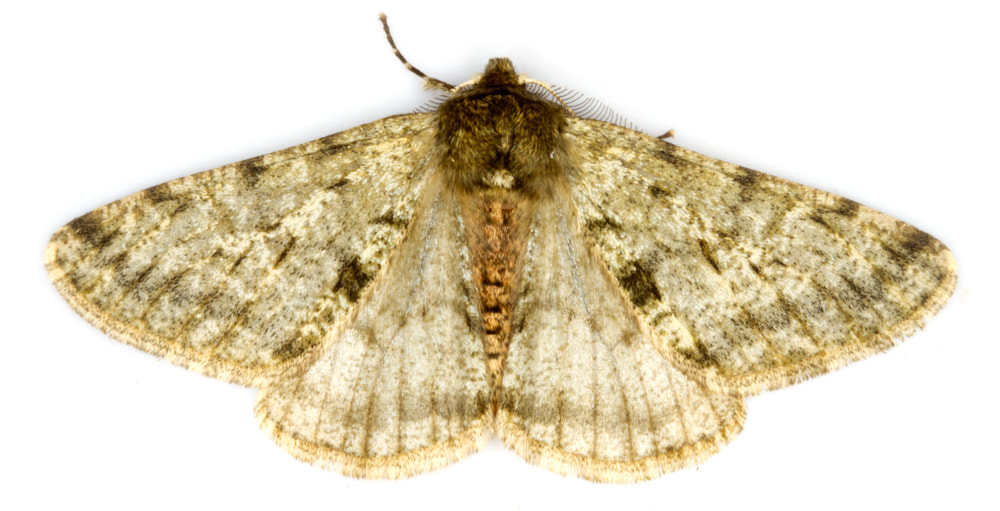 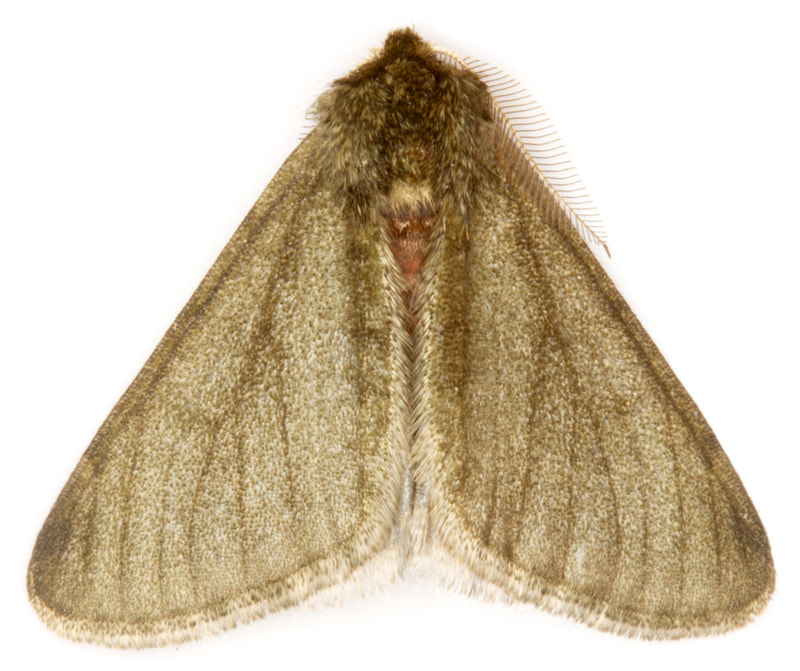 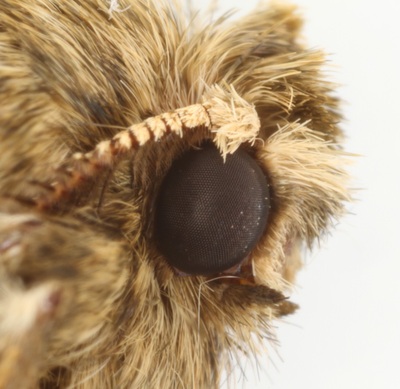 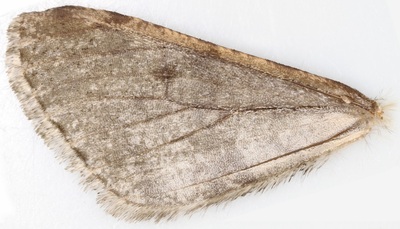 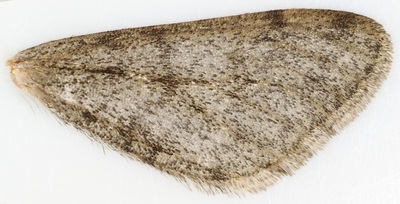 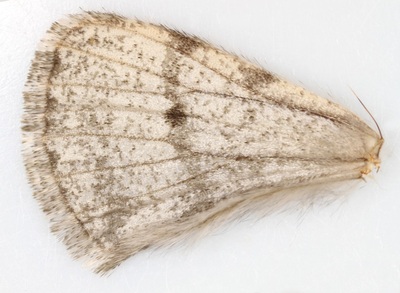 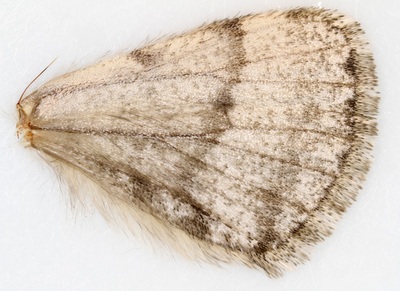 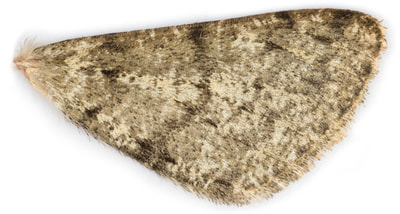 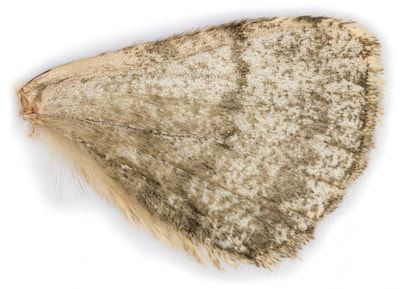 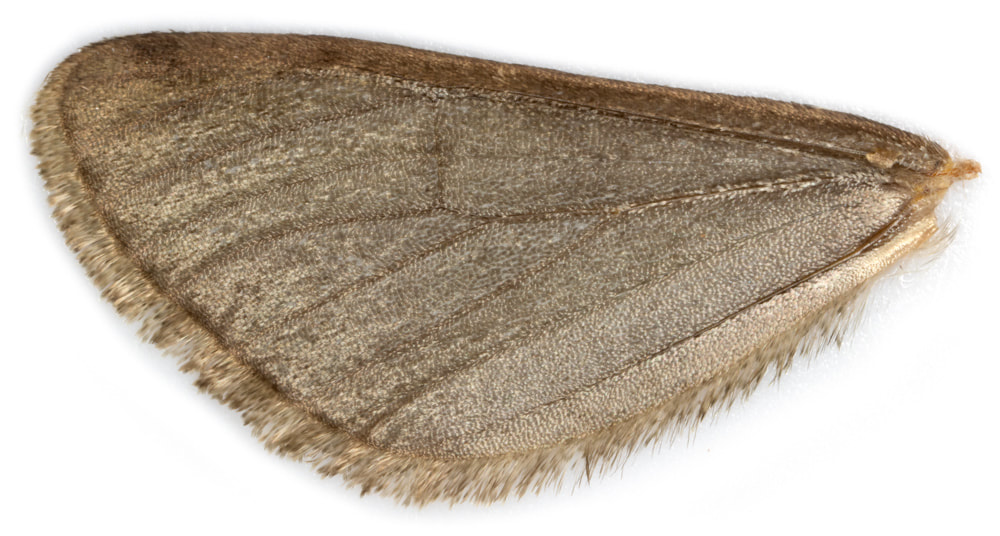 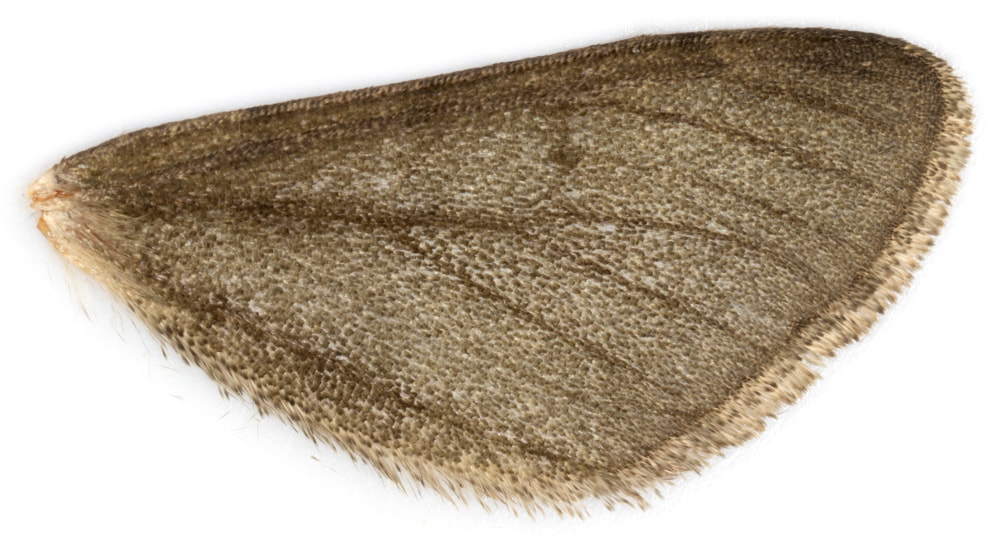 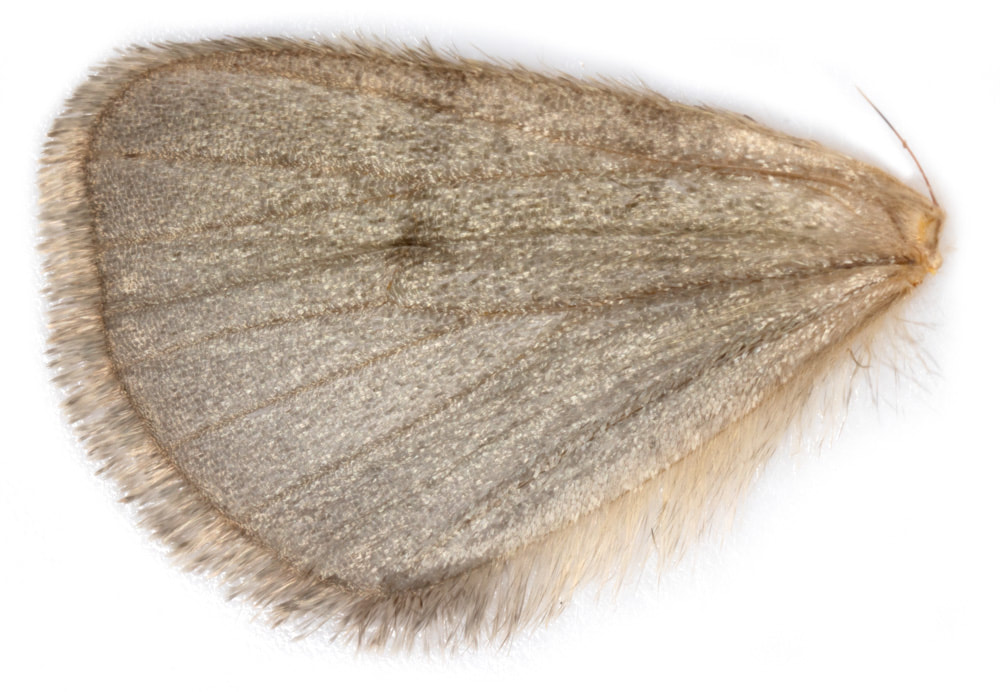 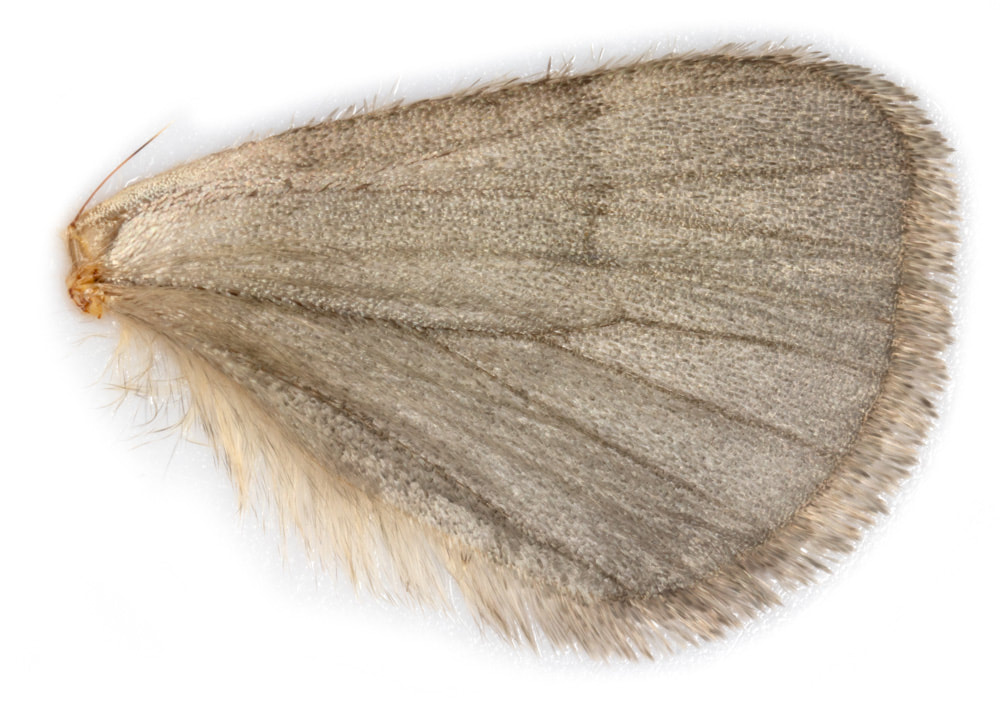 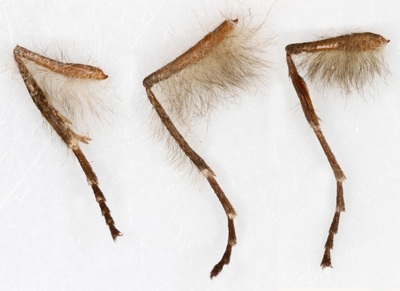 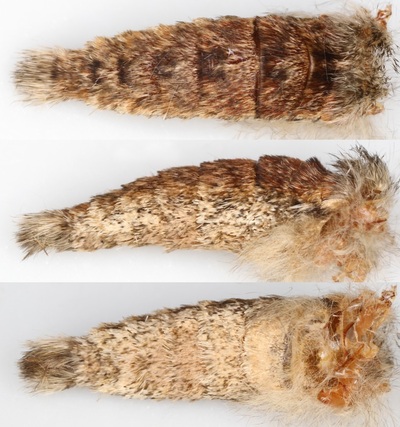 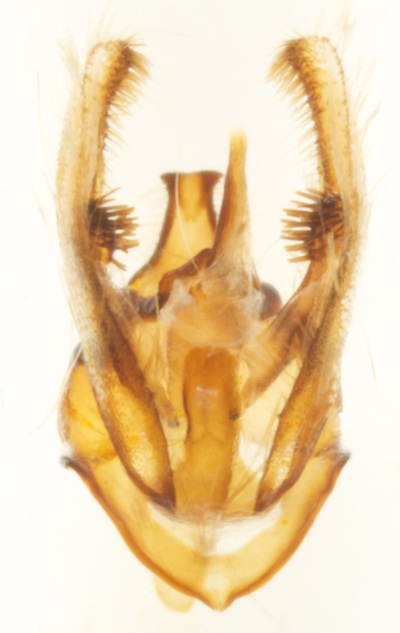 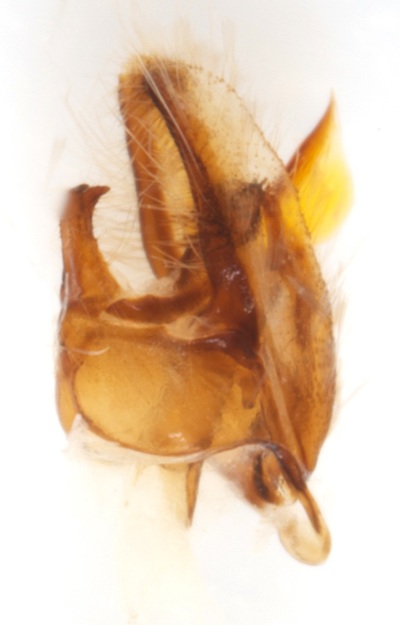 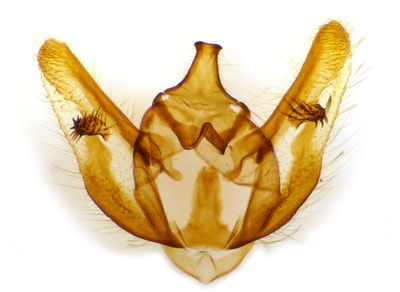 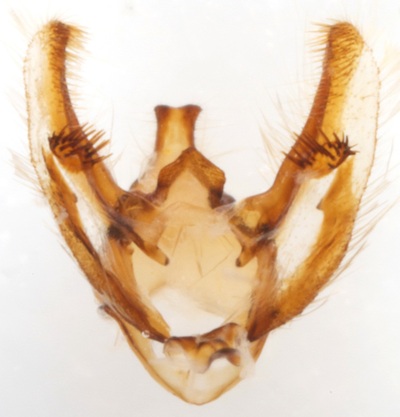 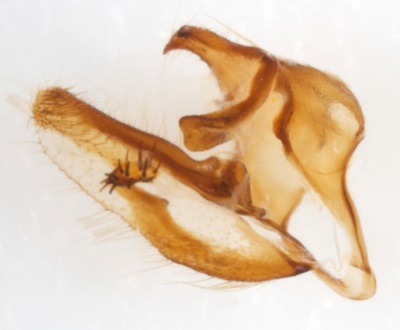 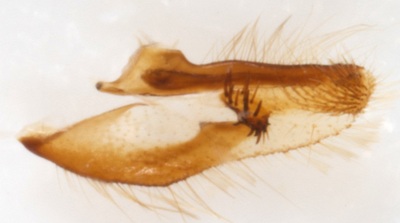 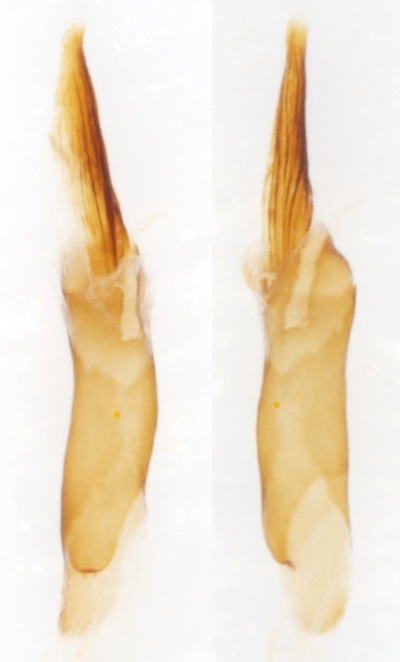 §1 Belfairs Woods, Essex; 17/02/2012; male
§2 Belfairs Woods, Essex; 17/02/2012; male
§3 Belfairs Woods, Essex; 17/02/2013; male
§4 Strumpshaw Fen, Norfolk; 06/11/2015; male (aberrant genitalia - see below)
§5 Rayleigh, Essex; 17/02/2016; male; fw 20.3mm
§6 Bampton Grange, Cumbria; 27/02/2019; male
§7 Pound Wood, Essex; 29/01/2021; male; fw 19.1mm
​All images © Chris Lewis
Aberration:
§4 was obtained during an unusually warm November (2015). The genital structures are underdeveloped and provided an opportunity to consider their ontogeny. The tegumen/vinculum was completely separate but was found in the usual position; the tegumen appears to have developed normally, the vinculum has fused to the tegumen but is somewhat underveloped. The valvae, juxta and aedeagus are very underdeveloped (or very deformed) and were found anterior to and quite separate from the tegumen/vinculum. It seems that the valvae develop 'outside-in' - I was able to evert them to produce something that looks as if it is on the way to becoming similar to how it should be. The juxta appears fairly well-developed and is attached to the (presumed) very deformed aedeagus by a membrane. I wonder if the adult was prompted to emerge by the unseasonal warm weather before development of the genital structures had been completed. 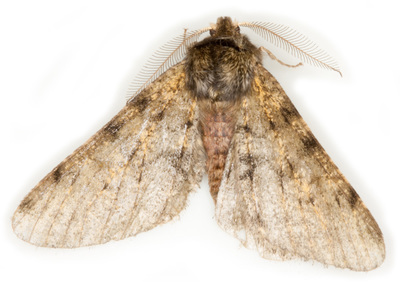 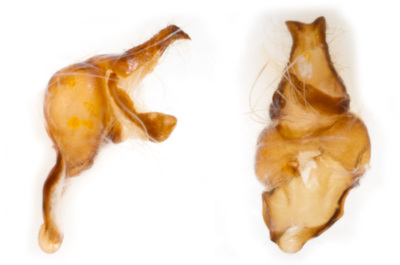 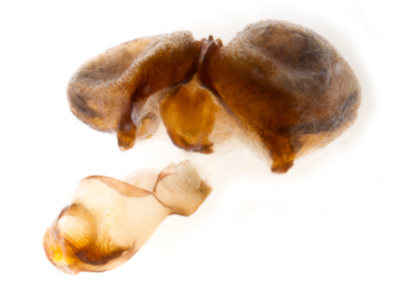 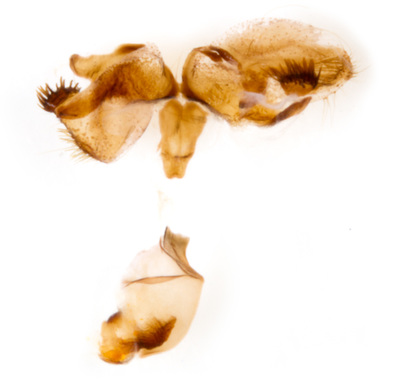